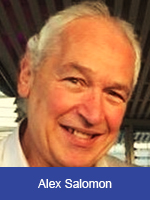 Alex started his career as an Occupational Therapist at QE2 Rehabilitation Centre in Sydney before finishing his studies in ergonomics, and taking on occupational health and safety management at ANZ Banking Group. He then served as Chairman of the New South Wales Workers Compensation Self Insurers Association and workers’ compensation manager at Brambles. Alex sustained a Traumatic Brain Injury in 2016. He has been doing voluntary work at the Sydney Jewish Museum and has also been participating in brain injury research as part of his rehabilitation.