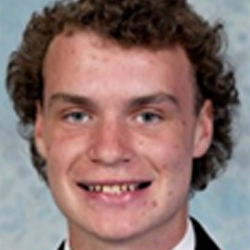 Ethan Cheesewright is a 17 year-old boy studying year 11 at Xavier College Kew, in Melbourne. An extremely talented Australian Rules footballer, Ethan was a member of the Northern Knights Football Club in the NAB League, as well as being part of the Victorian Australian Football League state academy, representing the Yarra Junior Football League and Xavier College’s first XXII. Ethan played over 100 games for the Ivanhoe Junior Football Club, captaining the team through the ranks and bringing multiple premierships to the club, as well as winning numerous league best and fairest awards. As Ethan matured as a footballer, his mix of speed and endurance opened the prospect of his playing AFL at the highest level. This was until a series of 4 concussions over 18 months, which derailed his career. Ethan still suffers post-concussive symptoms, which have also severely impacted his school performance, his relationships with family and friends, and his mental health. Ethan, in conjunction with his coaches and doctors, and with the support of his parents, has decided that playing any contact sports at any level may not be a smart choice and he was officially released from his association with the Northern Knights Football Club on July 1st, 2019. Ethan is a young man who lives with the brutal effects of concussion and is determined to empower other sufferers as well as raise public awareness about the potential dangers of concussion.