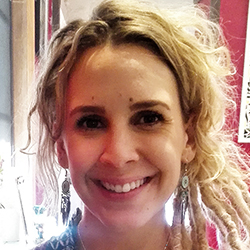 Following a major spontaneous brain bleed in 2013, two surgeries and being placed in an induced coma, Sammy Daly’s recovery from Acquired Brain Injury included having to learn to walk again. Her experience of the first two Disability Employment Services (DES) providers she tried? “Traumatising,” she says. “Looking back on it now, I should have brought family to the appointments. They just didn’t get brain injury. They certainly didn’t accept that I get fatigued. Because I looked fine, they must have thought I was just lazy.” MAX Employment was, instead, a “breath of fresh air,” she says. “They treated me like a human being. And, without them, I wouldn’t have had the confidence to take on what I’m doing now.” Sammy works as a part-time kitchenhand in a café and hopes to study social work counselling or psychotherapy. In August 2018, Brain Injury Australia formed a 5-year partnership with DES provider, MAX Employment, which has 250 offices nationwide. MAX Employment receives all Brain Injury Australia’s employment-related referrals. And – because Brain Injury Australia’s 2014 survey of 189 people with a brain injury about their experience of return-to-work identified DES’ lack of understanding of the disability as their single biggest obstacle – Brain Injury Australia both trains MAX Employment staff and tracks referrals, of which they are around 20 currently. Sammy Daly was one of the first referrals under the partnership.